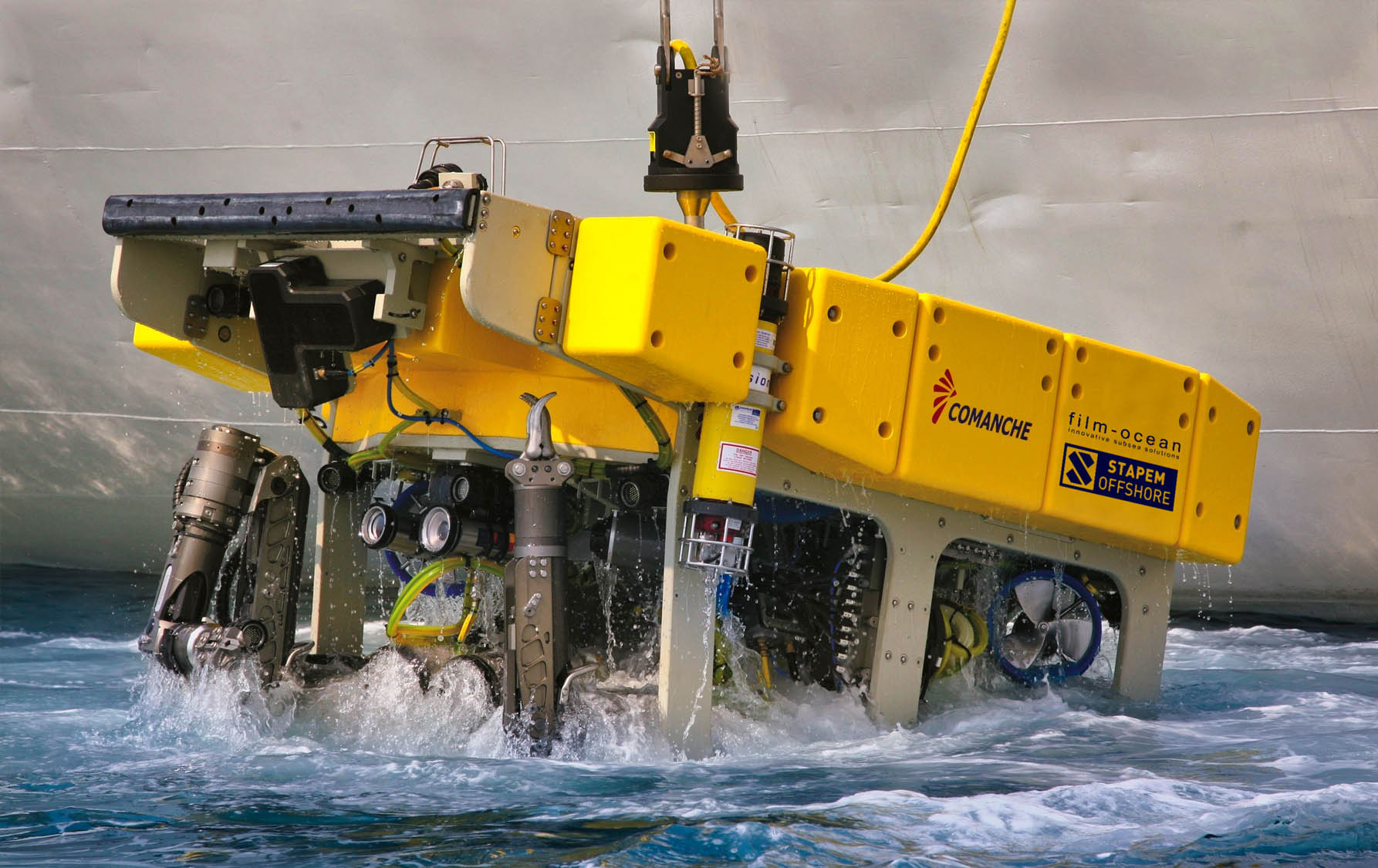 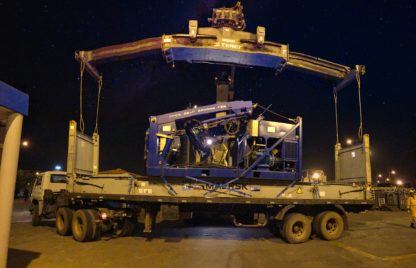 STAPEM Offshore is proud to announce that our Comanche ROV system just arrived in Luanda.  The spread consists of the vehicle itself and all of its required equipment: the launch and recovery system (LARS), the tether management system (TMS), the control cabin, the workshop cabin & the umbilical winch.

The Comanche is STAPEM Offshore / Film-Ocean flagship electric ROV. Considered a light work-class unit, it was designed specifically to bridge the gap between observation and work-class systems. 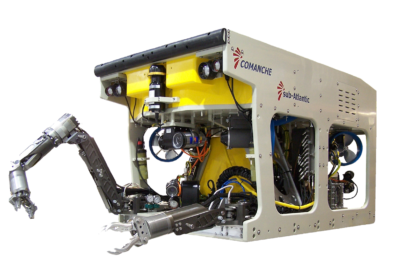 “The Comanche offers high performance, high reliability and high adaptability combined with low capital and operational expenditure” said Scott Jeney (Film-Ocean). “The manipulators, from Schilling Robotics, are compact enough to fit an observation-class ROV while retaining the capability of a work-class manipulator.” 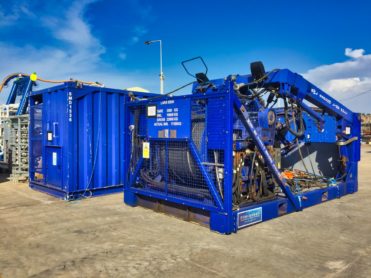 With a power system of 3,000 v (400 Hz) from surface to ROV, the intelligent power transmission makes the Comanche particularly suited for long tether excursions and deep live-boating operations due to reduced tether and main lift cable diameters. This, combined with a payload of up to 550 lb and a fully electric seven-thruster propulsion system configured to provide optimum thrust and lifting capability, means it is a compact system able to operate at water depths between 2,000 m and 6,000 m.

The Comanche ROV is considerably smaller and lighter than a hydraulic system, while the vehicle’s tether management system also is smaller and lighter, as is the umbilical cable and the launch and recovery system. “Compared to hydraulic work-class systems, the Comanche can deliver capex and opex reductions for companies because it is not only easier to operate, requires smaller crews and lower levels of maintenance, but it also needs less deck space” Scott explained.

Our Comanche ROV go where he is needed

With subsea operations continuing to push the boundaries, Comanche ROV is narrowing the capability gap on its hydraulic cousins 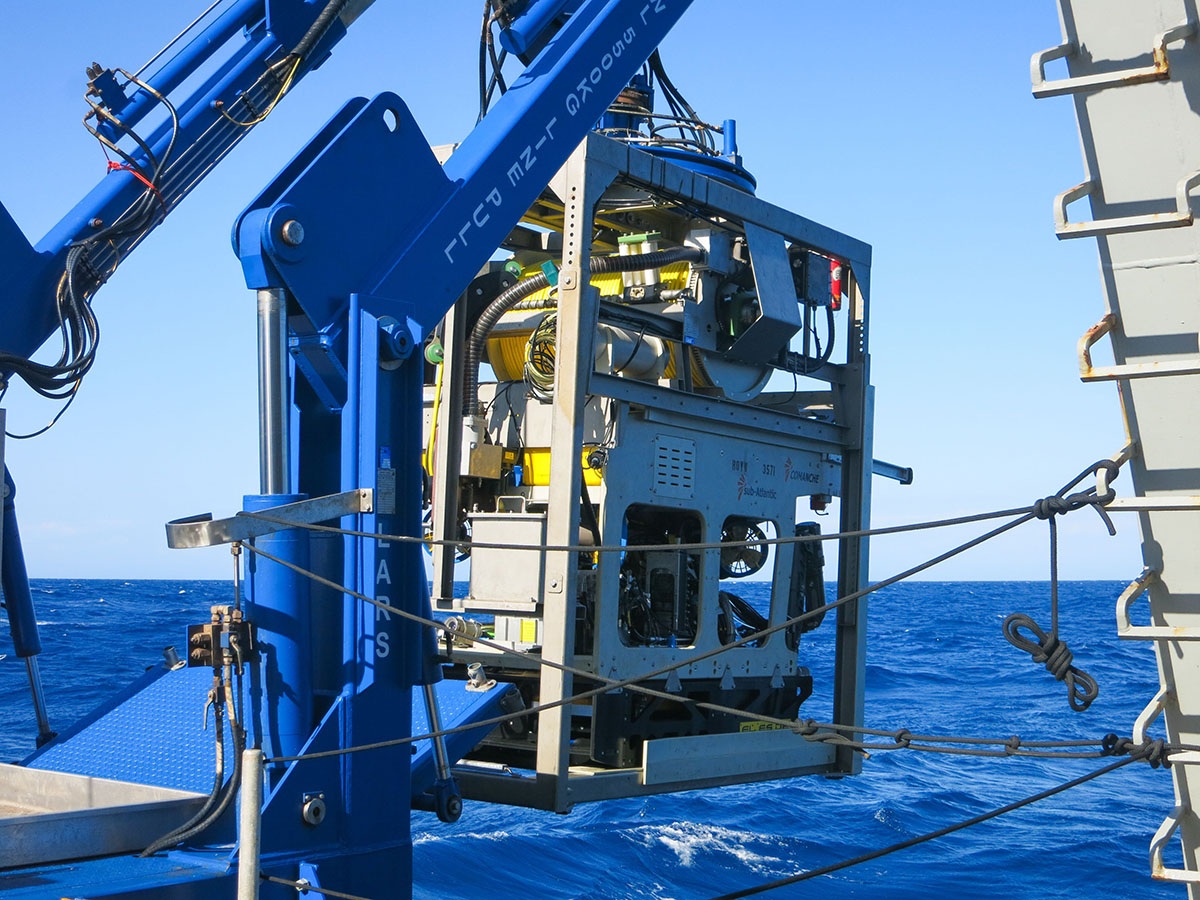